Kim: A Symphony of Stillness 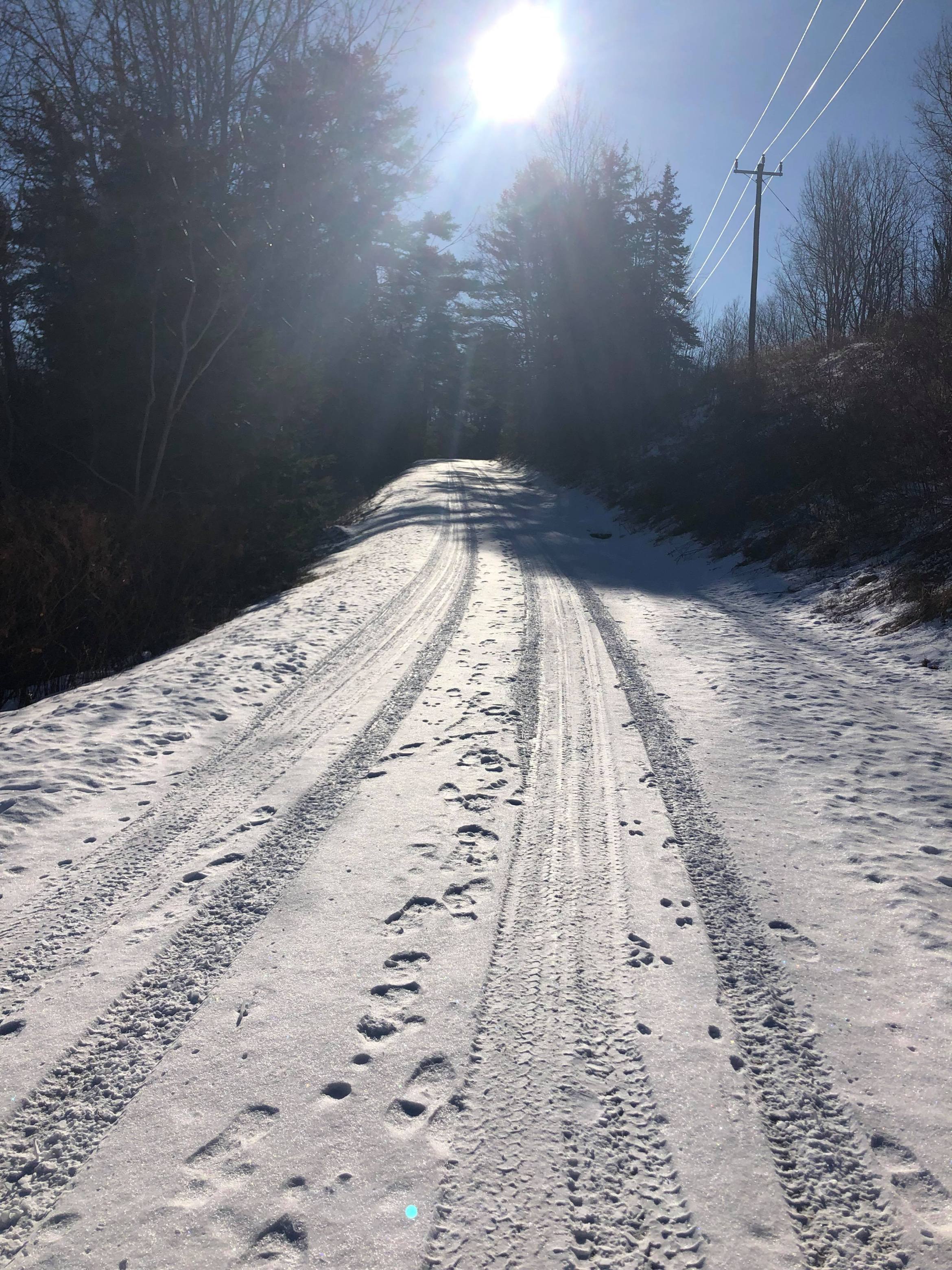 It was one of those mornings in Maine.  The temperature overnight was below zero, and by the time I woke bright and early, it was five degrees. F-I-V-E.  Count them on one hand.  But, the wind wasn’t blowing and I have the supplies to safely layer and bundle up on a day like this, so out I went.  By the time I went out the door, it had more than doubled to 12 degrees.  Double digits means no excuses.  Frostbite danger is real, but I weighed all the factors and made the brave-but-not-stupid decision to bundle up and head out on my walk.  For anyone who knows this weather, I’m talking everything covered except my eyes.

Down by the river, it was stunningly beautiful.  There is a stillness in nature that does not occur except in a deep freeze like this, when the air temperature is and has been many, many degrees below the freezing point.  There was no wind.  Almost no sound.  Nothing was moving except me, steadily, one boot-and-double-wool-sock-covered foot in front of the other.  Bright blue sky contrasted against pristine white snow.  The sun was sparkling on that snow on all sides of me, glittering, almost undulating in a way that looked like movement.  There was the distant sound of faint cracking within the deeply frozen water, caused by what, I don’t know.  Two mourning doves took flight from the barren branch of a nearby tree with a high-pitched whistling sound, almost like music but not from their beaks, just the sound of their wings beating against the frigid air.  It was like a symphony of nature’s beauty.

I was walking in the fasted state, but would I have noticed all this non-fasted?  Hard to say, because “Old me” (pre fasting life me) would not have been up that early, nor had that cup of black of coffee, nor made the decision to put on numerous layers of protective clothing.  She would have slept in, had donuts and sweet creamy coffee, and made the easy decision to stay nice and cozy indoors.

Avoidance of discomfort is a theme that dominated many years of my life.  Being cozy on a frigid January morning isn’t a bad thing, but it’s definitely the comfortable thing, and being 100% comfortable all of the time is not how we were made to live.  Learning to fast every day taught me to be less fearful of being uncomfortable, and it has changed every aspect of my life.

As I neared the end of my walk, I was starting to feel a bit cold despite my bundled state.  Yet I had no fear about the remaining 1/4 mile between me and the house.  I have far more trust than I ever did in my body and its ability to adapt and persevere.   It can handle what is thrown at it.  In the fasted state, everything hums along inside me, all the “noise” of digestive upsets quieted, none of the disruptions of big energy surges or the resulting slumps.  It reassures me.  I am well.  It is well.

And as I dwell in that stillness from inside, wonderful things are happening.  My cells are breaking down and regenerating efficiently, my gut health is maintaining its ideal balance, and my immune system is warding off invaders.  The fasted state makes the inside of my body so much like the beauty of nature on a frosty Maine morning.  A symphony of stillness around me and inside me.
Kim: Get With The (De)Program